-          Charles Sachs named as the new headmaster of Chadwick International 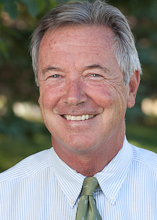 With extensive background as a dedicated educator for more than three decades, Mr. Sachs will be responsible for working with the executive and leadership team to manage Chadwick International to achieve the five core values and philosophy while providing smooth transition, combining the system of two schools into one with his broad experience and expertise.

With his well-honed leadership skills, broad perspective, and team approach, there will be an increased amount of collaboration between the educational programs at Chadwick International with those at Chadwick School along with an implementation of American independent and private school system to further emphasize the significance of global education. Although his primary career background is set in the US, he also spent some time abroad, serving in the Peace Corps in Tunisia and teaching at the International School of Nairobi in Kenya.

Sachs holds an impressive array of career background and is well regarded in the American independent and private school system with his outstanding leadership through various positions. He has been the Associate Head of School and Upper School Head at Hawken School in Ohio, the Head of School at both Pulaski Academy in Arkansas and Barstow School in Missouri. He was also an English Department Chair at both Pomfret School in Connecticut and Cardigan Mt. School in New Hampshire, and the Dean of Students at Cate School in California. A graduate of Hawken School, Sachs holds BA and MA in English from Colgate University in New York and Middlebury College in Vermont, respectively.

He is currently serving in his sixth year as the Head of School at Park City Day School in Utah. Sachs has rebranded the school, merging it with another local private school and reversing its enrollment and financial predicament.

“We are delighted to welcome Mr. Charles Sachs as the new headmaster of Chadwick International this fall. His expertise and fervent dedication for global education will bring Chadwick community a flourishing advancement along with new insights and perspectives for our students and faculty,” said Ted Hill, the Headmaster of Chadwick School in Palos Verdes, CA. “I will continue to work closely with him to ensure the smoothest possible transition for our students and faculty. The new leadership change at Chadwick International shows our school the continuing efforts to provide the best and the highest possible education for our students.”

Charles Sachs, the new headmaster to-be remarked, “I am thrilled at the opportunity to extend the tradition of Chadwick School’s remarkable record of educational excellence, farsighted vision of 21st century that I have long been familiar with. I’m grateful for the opportunity to support the core value and mission of Chadwick International and to lead the next stage of its development and growth.”

The inaugural year of Charles Sachs as the new headmaster will begin at the fall semester of 2013.